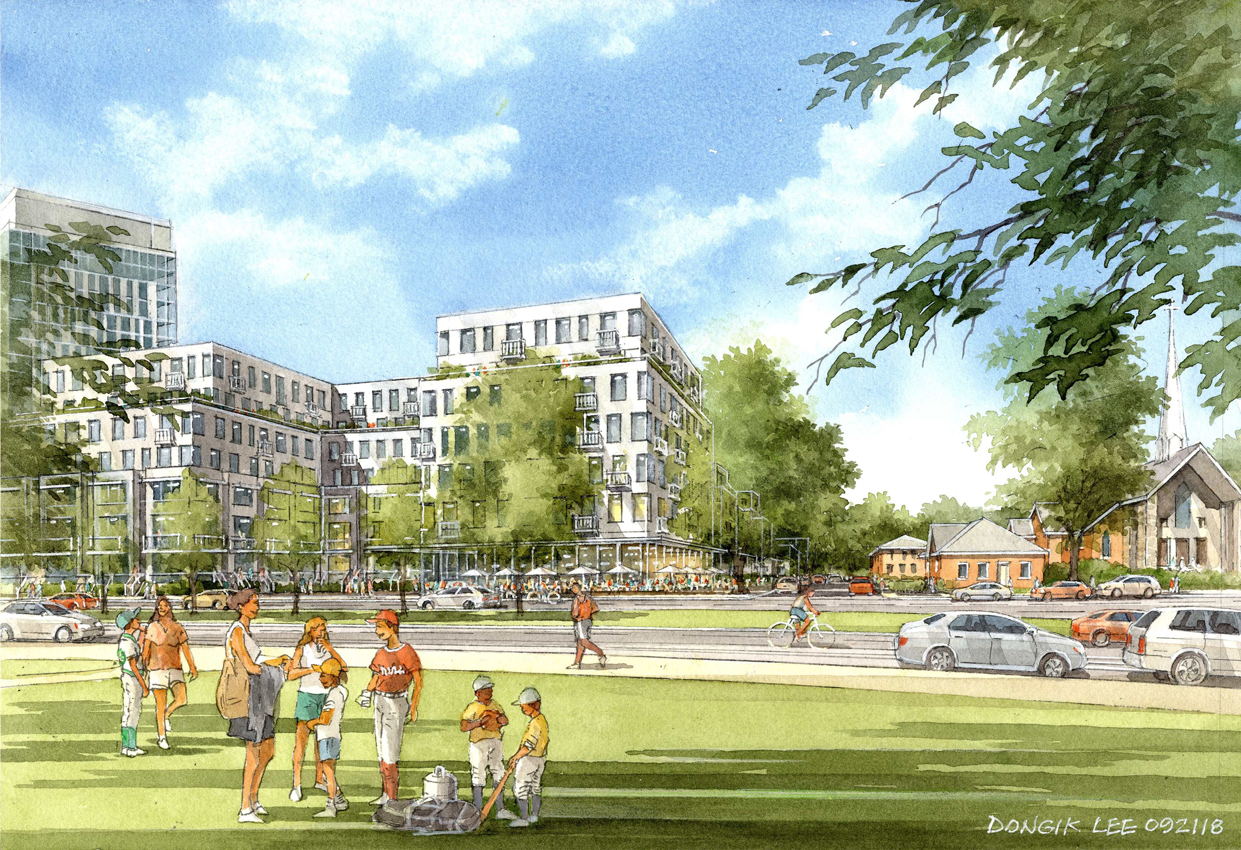 WinnCompanies, an award-winning national multifamily development and management company, has filed a Letter of Intent (LOI) with the Boston Planning and Development Agency (BPDA) for the first phase of the redevelopment Mary Ellen McCormack Public Housing Community in South Boston.

Proposed in partnership with the Boston Housing Authority (BHA) and the Mary Ellen McCormack Task Force, the LOI details the first half of the 31-acre redevelopment. This initial phase, which comprises 18 acres, will include the construction of eight new residential buildings and the renovation of an existing boiler plant as a “Community of Opportunity” center.

All residential buildings would include a set-aside of at least 20% affordable apartments, which would be evenly distributed throughout each building. All apartments in any given building will have identical finishes, regardless of resident income. Importantly, all affordable units that are razed will be replaced one-for-one at the time of completion of the first phase. In addition, more than 2.3 acres of publicly accessible open space would be created and 3.7 acres of public realm improvements, including new streetscapes, sidewalks, and plazas, would be constructed during Phase One.

“After three years of listening to and engaging with residents and stakeholders, we have finally reached this kick-off to a process that will not only deliver modern, safe, high quality homes to the families of Mary Ellen McCormack but also end its long isolation from the rest of the Boston community,” said WinnCompanies CEO Gilbert Winn. “We’re excited to get to work on the construction of an economically, socially and racially diverse and inclusive neighborhood that provides opportunities for all.”

Built 83 years ago as the first public housing project in Massachusetts, Mary Ellen McCormack fronts on Old Colony Avenue, opposite Moakley Park and Carson Beach, between the JFK and Andrews Square stops on the MBTA Red Line. The BHA selected WinnDevelopment in August 2017 to reinvent the site into a vibrant mixed-income community with a thoughtful design that embraces the existing residents and connects with the surrounding neighborhood while reducing the need for city subsidy through the inclusion of new market-rate revenue streams.

“Mary Ellen McCormack has been part of the fabric of the South Boston neighborhood for more than 80 years and, in that time, the need for affordable housing in Boston has only grown,” said BHA Administrator Kate Bennett. “This announcement takes us one step closer to securing quality, modern, affordable homes at Mary Ellen McCormack for generations to come.”

Carol Sullivan, executive director of the tenant task force, added: “We couldn’t be more excited to have this project finally commence. There is a real urgency to redeveloping this site and creating a much better and long-lasting quality of life here for the residents who have waited so long already.”

The first phase includes the adaptive reuse of the existing boiler plant on the site to create a Community of Opportunity Center, featuring up to 25,000-square feet of space dedicated to serving all Mary Ellen McCormack residents and the surrounding neighborhood by offering programs and services focusing on health and wellness, education, employment, economic mobility, housing stability, and community engagement. WinnCompanies, through its property management arm, WinnResidential, has surveyed residents and engaged with more than 30 non-profit community groups to plan a menu of service offerings for the community.

WinnDevelopment, the company’s development arm, and its financing partner, AFL-CIO Housing Investment Trust (HIT), will work together to secure full financing for the project.

“This visionary project is a model for the nation,” said Chang Suh, CEO of HIT. “Affordable housing is an investment in infrastructure. With a city, a private developer, and labor working together, we improve people’s lives and their communities, creating affordable housing and good-paying jobs and careers in construction.”

The project would include new pedestrian, bicycle and vehicular connections through a new street grid that will better integrate the Mary Ellen McCormack community with the broader Andrews Square and South Boston neighborhoods. It would raise grades for new and improved infrastructure, making the site more resilient to future storm surges and sea level rise. It would make site and all buildings accessible for mobility impaired persons. Lastly, purposeful connections to the future re-imagined Moakley Park will be included within the site plan design.

Once all approvals are secured, the construction of Phase One is expected to take eight to 10 years.

Once complete, the master plan for the site envisions the new development of approximately 18 new buildings, the vast majority of which will be significant scale, mixed-income structures with ground floor retail and service options. Construction for the full project is expected to take place over a period of 10 to 15 years. An estimated 15,000 construction jobs will be created by the work, along with 400 permanent jobs once the project is completed.